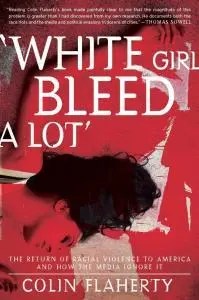 I had to change my religious attire in part due to is incessant harassment from groups of black youth.

I had a gun pulled on me outside of Minneapolis and was called a ‘white faggot’ and have been waiting over a year for the police to call me back.

There were media reports of kids being jumped by groups of ‘teens’ as they waited for busses on the northside. All th attackers were black and all the victims non black. Media coveniently left this detail out.

Jody Patzner Jr,an unarmed white youth,was shot in the back by a group of blacks who supposedly were stealing his bike. Funny thing is that they never took his bike. Neighbors stayed silent.No willing witnesses,though he was shot in broad daylight. No marches or protests. The accused killer did 2 weeks in jail.

Minneapolis is heading toward hell. I’ll be out within a year.

I live in Minneapolis, but there was no mention in any reports I heard about the cops being attacked by nine blacks. None. Your link to the City Pages is the first mention of race that I’ve come across.

Speaking of cops, can you imagine what they know? They must be going nuts keeping it all inside. The racial aspect of violent crime is no big secret to them. I can’t wait for the day a cop writes an exposé. It’ll be a best seller. I can understand why a young cop with a family to feed doesn’t want to stick his neck out, but there’s got to be a retired officer out there who’s willing to spill the beans.

Thank you Colin for writing about black on white crime. When the next edition comes out I’m buying five copies, one for me, and four for the people who think I’m crazy when I tell them they have to be careful in certain parts of town.