For the Press: Info on Don’t Make the Black Kids Angry: The hoax of black victimization and those who enable it.

For the Press: Info on Don’t Make the Black Kids Angry: The hoax of black victimization and those who enable it.

Thanks for your interest in ‘Don’t Make the Black Kids Angry:’ The hoax of black victimization and those who enable it.

Please find a Q & A,  the first chapter, some critics’ reactions, a picture of the book cover, a link to a pdf file of the book, and links to my Twitter etc. accounts in case you want to use it prior to the interview. 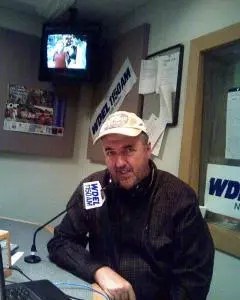 Why did you write Don’t ‘Make the Black Kids Angry?’

I wrote ‘Don’t Make the Black Kids Angry’ because the violence is getting worse, and so are the denials.

Yet not one local reporter said how this has happened to dozens of malls in the last few months.  And how more and more people are casting aside the old excuses of poverty, education, family, whatever.

And today there is a new excuse. One that is growing in popularity.

Today it is all about white racism — how it is everywhere, all the time, and explains everything.

That sounds like White Girl Bleed a Lot, your previous book.

This is all new material, most of which happened since the publication of White Girl Bleed a Lot.  And this is also new: Black on white racial hostility is now mainstream and easy to find in major publications and web site sites and news shows.

That has to account for some of the black crime and violence that is astronomically out of proportion.

Can you give us some examples?

In Louisville, hundreds of black people rampaged through the downtown, beating up grandparents in front of grandchildren and lots of others. Looting. Robbing. Stealing.

City officials said it was not much. And that does not happen there.

Both lies, as documented in the book.

And here’s the punch line: After the rioting was over, black people had a meeting and blamed it all on white people. “We really need to address white people’s bigotry,” saysChris Hartman, director of the Louisville’s Fairness Campaign, adding that decades of disparities have blocked access for the African American community. “That is white people’s work, it just has got to change.”

That is common: White racism explains everything, especially epic levels of crime and violence.

What about Rochester? Five years ago, refugees from Nepal and other Asian countries started to settle in Rochester. From the minute they got off the plane they have been taunted, harassed, beaten, robbed and almost killed.

There have been more than 100 cases of that. All of black on Asian.

It too the newspaper years to cover it. And when it did, it spent almost as much time apologizing for writing the story as it did on the story itself.

And Black leaders in Rochester blamed that on Asian naiveté.

In Virginia Beach in 2013, 40,000 black people created epic levels of crime and violence, a lot of it on video.

Lots of gun fire, assaults, drug use, property damage, all over this once peaceful vacation town.

Many people compared it to a similar episode of black mob violence in that town that is memorialized in the hit rap song Welcome to the Terror Dome, by Public Enemy.

Both episodes were blamed on the white racism that caused the violence, and on business owners that did not reach out to black people and “make them feel welcome.”

This is a very long list of cities big and small all over the country.

But we hear crime is going down.

Here is what we know for sure: There is an enormous disparity between black and white crime rates, and black  and Asian crime rates. And as bad as rate of black crime is — often 6, 10, 50 or 100 times worse than white crime — it is really far worse.

We document that giving examples of witness intimidation, stitches for snitches, Bronx juries, and how black cities are intentionally arresting fewer black people — by 50 percent.

That will cut the crime rate, but do nothing to actual crime but make it worse

We document how there is more and more information about how cities are cooking the books on crime. Tons of examples on that.

Where does the title come from?

From Kansas City.  When a reporter asked former mayor and current congressman Emanuel Cleaver about whether the city should institute a curfew to stop the black mob violence that had become a regular feature at the city’s Country Club Plaza. He advised against it: “All we are going to do is make a lot of black kids angry.”

What kind of reaction did you get to White Girl Bleed a Lot?

Fantastic. It showed me people are eager for information about race without racism or rancor or apologies.

When i finished writing White Girl Bleed a Lot, I did not have an agent or a publisher or a platform of any kind. I had been out of the reporting game for quite a while, focusing instead on my on-line marketing and PR business.

But I just kept writing about it, talking about it, and soon Thomas Sowell wrote a column about it. Then another.

That will change your life.

Lots of other folks weighed in: From Allen West and Sean Hannity to the Los Angeles Times and the Village Voice.Here are a few of their reactions:

Allen West: “At least author Colin Flaherty is tackling this issue (of racial violence) in his new book, White Girl Bleed a Lot: The Return of Racial Violence to America and How the Media Ignore it.”

WND.com: “Colin Flaherty has done more reporting than any other journalist on what appears to be a nationwide trend of skyrocketing black-on-white crime, violence and abuse.”

Jack Cashill: “In White Girl Bleed A Lot, Colin Flaherty bravely goes where the major media dare not follow. In short, he tells the truth about America’s otherwise unspoken epidemic of black on non-black crime.” “What makes this otherwise grim saga so readable is Flaherty’s magical sense of humor. Among contemporary authors only Flaherty’s fellow alchemist Mark Steyn has a comparable ability to transform dread into gold.”

Slate: “Colin Flaherty is at the epicenter of the Knockout Game.”

Milt Rosenberg, WGN: “My compliments to Colin Flaherty for White Girl Bleed a Lot. A very interesting book that points out an important problem that needs to be confronted.”

Anthony Cumia of Opie and Anthony:  “Love the book. It’s so encouraging to see others come forward and address this seemingly unaddressable issue. Good luck!”

Front Page magazine: ““While Girl Bleed a Lot” is an important entry into the debate over whether black racial violence exists and whether it should be reported on. While the debate continues, the book breaks through the barriers of censorship and transcends the anecdotal for a raw snapshot of cities under siege and a nation in denial.”

Breitbart: “Prescient. Ahead of the News. Garnering attention and sparking important discussions.”

Jack Cashill: “In White Girl Bleed A Lot, Colin Flaherty bravely goes where the major media dare not follow. In short, he tells the truth about America’s otherwise unspoken epidemic of black on non-black crime. What makes this otherwise grim saga so readable is Flaherty’s magical sense of humor. Among contemporary authors only Flaherty’s fellow alchemist Mark Steyn has a comparable ability to transform dread into gold.”

Thomas Lifson, American Thinker: “Colin Flaherty, author of White Girl Bleed a Lot and American Thinker contributor, has done more than anyone else to call attention to the ongoing cover-up of this undeclared race war.”

Joseph Farah, WND: “Colin Flaherty is a journalist-hero for defying the conventional wisdom and braving the critics in with his insight and persistence.”

NPR: “Colin Flaherty is at the epicenter of the Knockout Game.”

Rev. Jesse Lee Peterson, “This is an important book. You must read White Girl Bleed a Lot.”

Jaime Glazov, FrontPage magazine, “Colin Flaherty is a hero. This is a great book.”

Bill Cunningham: “This is a controversial book and I love controversy.”

Larry Pratt, Gun Owners of America, “Great book about a difficult problem. Everyone should read it.”

Maryland State Legislator: “This book tells the truth about racial violence and how widespread it is.”

What People Say About Colin Flaherty

Former Editor, San Diego Business Journal, “Colin Flaherty is one of the best reporters I’ve ever worked with.”

Congressman Lionel Van Deerlin, retired, San Diego Union-Tribune, “It is abundantly clear that Kelvin Wiley would still be locked up were it not for the efforts of an investigative reporter acting on his own, Colin Flaherty, who dug for the facts that others should have been seeking to prove Wiley’s guilt or innocence.”

Los Angeles Times: “Time and time again, Flaherty’s investigation, which he detailed in an article for the weekly San Diego publication The Reader last fall, raised issues about DiGiovanni’s credibility and the thoroughness of the investigation into the incident. … In retrospect, Wiley said, he felt he got short shrift by the lack of a defense investigation—one that failed to turn up the witnesses that writer Flaherty did on his own, a year later. Flaherty’s article, Wiley said, turned things around for him.”