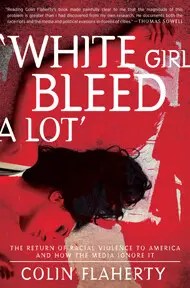 We have have been inundated with news stories that report large scale and frequent black mob violence.

OK, there were two. But in the last week. That’s two more than I’ve seen in a long, long time.

One from Baltimore, where we learned one of the city’s largest employers is contemplating moving from downtown because one of its vendors was attacked by black mob violence.

OK, they buried the black part. But it was there.

It was not an isolated example: This video cannot be embedded. So here is the link:

Now let’s head out to Bloomington, Illinois. Another hot spot of black mob violence. Unreported to the police. And in the press.

A quote or two from the Bloomington Pantagraph on black mob violence:

The suspects, police said, are traveling in groups of three or more and have been described as black men in their late teens or early 20s.

“There have been several and I don’t think all of them are being reported,” she said. “People need to be aware there is danger out there, and these groups are doing some crazy stuff. It’s an important issue and people are getting hurt.”

Many unreported. People getting hurt. Afraid to talk.

Here is what I can say without knowing anything else about Bloomington: If these attacks are recent and isolated, it will be the first time I have found that since reporting on more than 500 of these cases in more than 100 cities.

Both of these links came from WND readers. Muchas gracias.

Police say 18-year-old Brejon L. Ford and three accomplices approached a man and attacked him. According to the arrest warrant, Ford punched the victim in the face. As the victim was walking away, police say one of the suspects hit him with a tree log.

Police say Ford and his accomplices then began hitting the victim several times in the head with their fists, all the while calling him names including “honky,” “cracker,” and “white trash.”