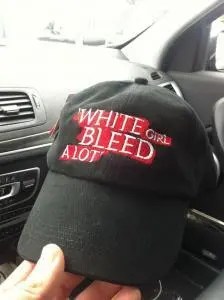 Whatever: New reports of racial violence from New Haven, Baltimore, Philadelphia, Salisbury, Milwaukee, Oakland, Minneapolis, Brooklyn, Antioch, and other places are coming in faster than reporters can wish them away. No matter how much the Society of Professional Journalist tries otherwise. No matter how many members of the National Association of Black Journalists want to convince us differently.

Even Al Sharpton admits the attacks are real and “racist.” Which is more than the New York Times, CNN, USA Today and others are doing.

“There’s definitely something going on,” said Taleeb Starkes, author of the Uncivil War: Confronting The Subculture within the African American Community. “And it’s not new. I find it funny that those who dismiss the trend as hearsay, will also passionately debate whether the predators are Black 98 percent of the time versus 99 percent of the time. Other times, they note that Blacks are also victimized by Black mob violence. Wait, I thought that Black mob violence didn’t exist? As a result, society is at a tipping point. More and more people are refusing to accept the high levels of pathology in the black community as normal.”

“That sentiment has yet to effectively reach the news rooms or class rooms. Even so, there are simply too many witnesses, too many victims, too many police reports, too much video, and too many people demanding the truth. This large-scale denial will not continue for much longer. And it is starting in newsrooms, ever so slowly.”

The Yale Daily News, America’s oldest college newspaper,  reluctantly reported seven recent episodes of the Knockout Game in and around the New Haven campus in November. Not once mentioning all the assailants were black and the victims were not.

Not once mentioning the New Haven is a center of black mob violence directed at students and staff of Yale — last summer two doctors were assaulted in racial violence, one losing part of his ear.

WND has documented more than a dozen other cases of black mob violence in New Haven, including this roundup. Black mobs erupt in Ivy League region.

That even was before the “All Black Affair” party in October, where 500 black people fought with police, destroyed property, and rampaged through three New Haven establishments. No one was arrested.

Whatever is(not)  happening, the paper did find time to report it has been like that for a long time and everyone knows it because they live in an “urban environment,” said one Yalie.

The Yale student paper did find time, however, to report the Knockout Game was either a myth cooked up by national hysteria created by conservative sensationalism or something like that. Sayeth the paper:

“Sergeant Al Vazquez of the NHPD Detective Bureau shared residents’ concerns about media sensationalism. The best way to prevent further “knockout” attacks is to educate New Haven residents as well as the media, Vazquez said. He explained that the media helps perpetuate the trend by continually covering it.”

That’s a new one for Taleeb Starkes: “Just the opposite is true: The media enables black mob violence by ignoring and denying it. All documented in White Girl Bleed a Lot. But there is no doubt the student paper is a perfect reflection of standard media denial.”

The students at the Yale college paper should not be condemned too harshly for omitting the context and history of the latest racial violence in New Haven. It’s part of their trade: The Society of Professional Journalists holds regular seminars around the country and recently published an article in its national magazine about how to report black mob violence:

Meanwhile, in Oakland Wednesday night, a black person attacked a white man riding on a bus. The local Fox affiliate dutifully reported the “Knockout game may be a hoax.” Anthony Lindsey says he knows it is real: “You think its fake: Its not. It happened to me.”

In Baltimore, several victims of assault are coming forward to say they too were objects of the Knockout Game. According to the local ABC affiliate:

“ABC2 talked to victims months ago, before the “knockout game” was a national buzz phrase. Back then, leaders wouldn’t talk to us because they weren’t aware of the problem. Now they won’t talk because they don’t want it to become one here in Baltimore.

“Jonathan Lomaskin spent the summer battered, beaten up and broken. “I had a complete fracture. Basically my lower mandible was fractured in half and all these teeth rolled inward,” Lomaskin said.

The Mayor of Baltimore, Stephanie Rawlings-Blake, is one of the political leaders who is not talking about the Knockout Game.

This is in contrast to her eagerness to talk about the killing of Trayvon Martin and subsequent acquittal of George Zimmerman.

Many of the stories about the Knockout Game hoaz are written by members of the National Association of Black Journalists. The NABJ recently hosted the parents of Trayvon Martin at its annual convention.

They were received like rock stars.  The Grio.com — the black web site of NBC News —  reported  how NABJ is encouraging its members to report more “black issues.”

Not only did they invite Trayvon’s parents to address these issues to a group of media professionals, separate panels and meetings were also held that provided further discussion on the direction black journalists should take with their coverage.

“As far the news goes and covering black issues, it’s not always been something that news organizations have been guilty of doing,” said Corey Dade, a contributor to The Root. “This is the story, race in America is the news story. You can apply it to everything. There is a viable, lucrative market there when you start reporting about people of color.”

Reporters like Melanie Eversley at USA Today are paying attention: She recently wrote a story called “Alleged trend of knockout game a myth.”  Eversley describes herself as an “involved NABJ member.”

Congratulations M$M!
It only took 998 tries for you bums to snag a white boy!

Trayvon’s legacy? What is that? Is it the school suspended, drug addict, and thief’s legacy?

Let’s see…From ALL the black politicians, business leaders, academics, law enforcement, entertainment, and etc have given ZERO, ZILCH, NADA, SQUAT as far as solutions that don’t require spending more money on their money pit of a community.

How many more bonding, outreach, understanding, and sensitivity training sessions will be needed, before everyone (the black community) starts to “get along”?

Channel 2, how sad. How gutless. It was a black on white attack and yet you were loath to say it. Why? Well, because you all are racist. These young men who do this are rogue adolescent elephants.

The leftists/socialist in this nation through their policies over the last 45 years have destroyed the black family, making sure that via the welfare state, black fathers were removed from the home.

We have had multiple generations of young black men without fatherly guidance. In the 50’s the black nuclear family was the strongest in America. By the end of the 60’s, all that had gone away.

The same democrats who produced M. Sanger whose doctrine still sees to it today that 467 of every 1,000 pregnancies is aborted are still attempting to annihilate black Americans even as they attempted to do so via the KKK, the terrorist arm of Democrat party.

If anyone missed the importance of the reference to rogue adolescent elephants in “offensiveandpeculiar’s” post, I refer you to this article:

http://miltonconservative.blogspot.com/2011/01/tale-of-adolescent-elephant-rampage.html
The adolescent elephants have no adult males as role models and subsequently engage in this murderous behavior.

A lot of media remind me of a Jeff Foxworthy joke:

…Al Sharpton is more willing to talk about black racism than you are.”