New: A newspaper admits why it does not cover black mob violence.

A newspaper admits why it does not cover black mob violence.

One of these two statements is true:

1) Racial Violence is Not Happening.

2) It is happening, but newspapers do not want to report it, or admit how widespread it is.

I vote number 2. Here is the latest reason why:

One major reason why many leaders are wary of making too much of the assaults or prematurely lumping them together under a salacious, made-for-TV moniker is that they are deeply aware of the real possibility that a temporary concern could become a persistent scourge if it is not handled responsibly.

City Councilman Jumaane Williams, who has made the reduction of violence in his Brooklyn district, particularly gun-related violence, a central issue of his public life, says that the assailants need to be held accountable for their actions but that it is vital that community leaders of all backgrounds have an ongoing dialogue about the best way to stop the attacks without inspiring copycats and increasing tensions.

His comments are informed by a strong awareness that racial friction endures as a latent issue in America’s inner cities, and that any heightened discord could reignite dormant animosities.

OK. So much for the fear or favor business.

Here, read for yourself. Inside Brooklyn’s ‘Knockout Game’ Scourge: Racial War Or Just A Senseless Game? 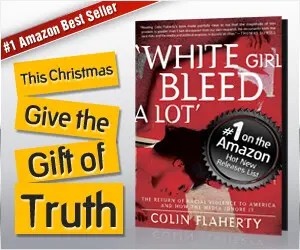 It’s a rather weak and pathetic excuse – totally invalid. The potential copycats already know about it. They are watching the videos posted by current perps on places like World Star Hiphop or Youtube.

The ONLY reason for MSM to censor such reports is the keep the GENERAL PUBLIC in ignorance of the attacks.