Letter from a victim: Racial violence in Kansas? yes, Kansas. 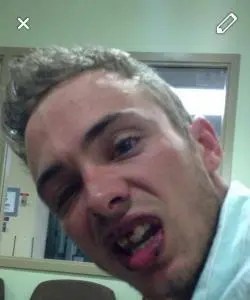 So over on the White Girl Bleed a Lot Facebook page, I got a letter from Kansas. A guy and his buddy were beaten by a mob of black people. So I asked what happened and here is what he said:

“Lawrence Kansas. Massachusetts street. Probably about midnight. We were walking past a bar called the jazz house and we were thinking about going in, so we asked this guy if it was ‘hopping’ inside.

This big African American male must have weighed close to 400 pounds tells us it’s alright. My buddy says what do you mean, is it hopping or is it not?

That’s when the confrontation started. The guy says either go in or walk away niggers. This is where the situation could have been avoided, but I said “niggers? dude we’re white.”

That’s when the guy started coming at us saying don’t use that word ever! Next thing I know four other black males come outta nowhere and my buddy is getting smashed in the face. I swing at the biggest guy popping him twice in the face. My buddy and I both weigh about 160 so my survival instincts kick in.

I know 5 on 2 is not going to end well especially when on of the guys is 3x my weight. So basically I kept these guys at bay while I got my buddy outta there and kept backing away until they quit the pursuit.

We made a police report and then spent the next 3 hours at the ER. We didn’t strike first or insult the guy in any way. I don’t believe all the guys even knew each other, they just seen a black on white conflict and jumped in to help their race.” 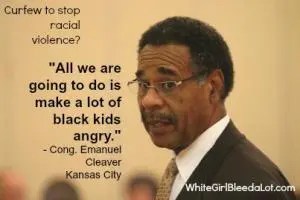