New: Knockout Game in Fort Meyers. Lots of it.

Knockout Game in Fort Meyers. Lots of it.

They arrested one person: But a whole lot of people were involved.

And it has happened before, including the daughter of the local sheriff.

NBC-2.com WBBH News for Fort Myers, Cape Coral   Preview of a story at WND.com There they go again: The Knockout Games the New York Times says are not happening, just keep happening. And local media keeps getting it wrong. This time in Ft. Meyers, Florida. The newspapers and TV news reported that Traveshia Banks was a part of a large group of “suspicious teenagers” who, at “random,” attacked a senior citizen while he was weeding his garden. The NBC affiliate picks up the story:   “all of a sudden I felt a blow to my hip and I was on the ground. I turned around to see what happened and there was a girl standing there laughing.” Concerned citizens saw a group of suspicious teenagers walking down a nearby street and took several photographs with their cell phone, providing investigators with what would later be a crucial piece of evidence. A second victim soon after reported a similar attack. Local news accounts detail how this attack is part of the now-infamous Knockout Game trend being reported in newspapers across the country — if only, in some cases, to dismiss it as a fad. Or even a hoax. Hundreds of examples of the Knockout Game are documented in White Girl Bleed a Lot: The Return of Racial Violence to America and How the Media Ignore it. The game is pretty simple: Gather a group of black people. Find a white person. An Asian will do. Older is better. Then punch him or her in the face until they are knocked out, your arms are tired, or the person dies. Local news accounts did not report the “teenagers” were black. Or that more than 99 percent of the people associated with these attacks are black. And most of the victims are not. “Newspapers just won’t talk about how the Knockout Game is an example of racial violence,” said Chuck .. Of Jacksonville. “The same media that has turned our country into the most race conscious place on earth, tries to pretend race is not an issue when it comes to black mob violence. And even though only one person was arrested, many were present. Many took pictures. So this was a mob attack. But the statistics will never show it. That is why this crime is under-reported and mis-reported across the country.” The local NBC affiliate did track down several teenagers familiar with the game, who said it was no big deal: “I’m not gonna say it’s not right and it’s not fun, because it is fun,” said a teen familiar with the game. In many cases across the country, teens are recording the punches and kicks on their cell phones then posting them online. The attacks are often impossible to predict and prevent. “What’s not fun about it? Just go up to a random person slap them and run away,” said another teen. At least one reader agreed that media has no reason to report this another example of racial violence: “I don’t think race has anything to do with it. Most teens are mischievous and get in trouble for fun,” said Kevin Green to the Fort Meyers News Press. Lee County Sheriff Mike Scott “pledged to flush out the cowards perpetrating these acts and make examples of them without delay.” Scott’s daughter was a victim of the Knockout game when she was “sucker-punched” on the campus of Florida Gulf Coast University during a Haunted House promotion. This is the guy convicted of “sucker punching” the sheriff’s daughter. Meet Jerome Jospeh. 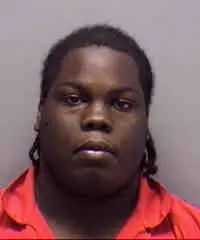 Meanwhile, in New York, Washington, D.C., Philadelphia, Seattle, and other cities around the country, the racial violence known as the Knockout Game keeps happening. Earlier this month, a group of black people knocked Phoebe Connolly off of her bike in the nation’s capitol. “One of them reached out and punched me in the face and said Wapow! The whole group of kids laughed,” Connolly told CNN’s “Anderson Cooper 360.” Another woman was attacked in the same area, probably by the same group of “teenagers.” Bike trails in Washington are the site of frequent and intense black mob violence. But it will never show up in the statistics that track mob violence: Says Chuck White: “Lots of people were there. They participated. But will never be charged. Thus it never happened.”    ‎www.abc-7.com/story/24078378/possible-knockout-game-attacks-reported-in-lee-county#.UpXvqRY2Xd4 Fort Myers teen arrested for random attacks on two elderly men | The News-Press | news-press.com  Possible ‘knockout’ game victim: ‘The whole group of kids laughed’ – CNN.com   Follow @ColinFlaherty

Her life ain’t worth shit now. The Outlaws and Hell’s Angels are going to start handling these little brats (Florida is a BIG time Biker state). If I ever see her I swear to GOD I will beat her until my hands are bloody stumps.

It should be a felony when you attack a senior citizen.

ANYONE who attacks senior citizens needs to receive the maximum sentence with no good time credits. It’s time the legal system makes and example out out of these punks or nothing will change.