The two cases of racial violence in New York over the last week were so graphic that even NPR and the New York Times could not ignore them.

But the largest and most influential black web sites in America did.

In the first attack, Lashawn Marten allegedly declared his hatred for white people then punched Jeffrey Babbitt in the face as he walked through a Manhattan park Wednesday afternoon. Babbitt died five days later.

Two days after the Babbitt assault, a white man was riding a bus through Harlem when a black man confronted him, called him a cracker, and punched him in the head. The unidentified victim suffered several broken bones in his face. Police have released a photo of the suspect.

These are hardly the first cases of black on white violence in New York City. The book White Girl Bleed a Lot: The return of racial violence and how the media ignore it documents dozens of such cases.

But it is unusual for the predators to announce their racial intentions so boldly. Rarer still for The Times and NPR to report them, however timidly. However briefly.

But that is more than the largest black web sites in America did. A sampling:

TheGrio is one of America’s more influential black web sites. The site is a division of MSNBC and gets its name from the term for “African story teller.”  But this place for “African American breaking news and opinion” had nothing on either hate crime.

The Grio, however, did run several recent stories about George Zimmerman, including one titled “We told you so.”  Reporters at The Grio also found time for features on “fashion racism,” and how an Oklahoma school district is banning dreadlocks.

Over at BET.com, the web site of Black Entertainment Television, the editors ran one story about George Zimmerman and his run-in with his wife, one story about “girls with grillz,” and lots of advertisements for Chicken McNuggets from McDonald’s.

But nothing on black on white violence in New York City.

The Huffington Post has a separate section for black people called  “Black Volces.” Huffpo did run stories on the hate crimes in other sections, but nothing appeared in the pages of Black Voices.

Black Voices, however, did publish a full treatment on the “Tiana Parker” controversy. Parker was sent home from an Oklahoma school this week for violating district regulation against wearing dreadlocks.  The Oklahoma Legislative Black Caucus is conducting a full investigation of the matter. No word from Black Voices when or if Oklahoma black legislators will be looking into the killing of the white Australian student Chris Lane in Oklahoma last month at the hands of two black people.

One of the alleged killers proclaimed on Twitter that “90% of white ppl are nasty. #HATE THEM.” The other had pictures on his Facebook page featuring a flag of Africa with the words “Black Power” on it.

TheRoot.com is the Washington Post’s black web site. The Post claims it is “the premier news, opinion and culture site for African-American influencers.” It was founded in 2008 by Dr. Henry Gates — Skip, to President Obama — who became even more famous for complaining about racist treatment at the hands of Cambridge police. An incident that culminated in the “beer summit” at the White House.

The Root published nothing on either alleged New York hate crime. But it did run recent stories including “Will an HBCU (Historically Black College or University) Make My Kid too Black? No, and such assumptions about these schools suggest you might be the one who needs an education.”

The Root also published excerpts from a New York Times story advising its readers on “Racial Profiling and Surviving the ‘White Gaze.’”

At least they covered something from New York.
Follow @ColinFlaherty

the “white gaze”?? gee, dont flatter your self. i come from 2 cities which are over 66% blk hispanic & other. if i gazed @ everyone, it would be a full time job. no, youre not all so facinating. drop the narcissitic ego, & get a life. us white folks have other things on our minds except to look @ you.

‘Civil War 2-The Coming Breakup of the United States’ by Thomas Chittum.

gotta put them all back in the jungle

its comments like this which get re published on blk & left wing websights. you are just giving them more proof of your racism. what are you thinking? i wish this site was moderated, i want it to succeed.

its called dishonesty. and even fraudulent…purposeful deceit.
until black web sites treat the stories equally, they have no room, no basis for criticism…it creates a distorted ‘snapshot’ in the mind of the reader 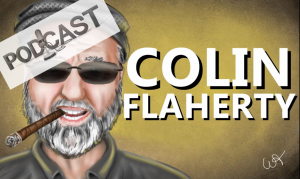