All in the last few days:

Let’s start in downtown Seattle: A group of three black women beat a woman in the middle of the day in a crowded section of downtown.

Pittsburgh:Caught On Camera: Police Say Teen Beaten For Shoes, And Web Notoriety « CBS Pittsburgh
Then mover over to Philly: Same day, same story, different town. This time on a bus:   Then over to Chicago — Two black people rob two people waiting for a train. They chase them. Catch them. So far so good. While they are waiting for police, they are surrounded by a black mob who demand they let their friends go. The mob beats them. Two arrested. Crowd Watches as Man Beaten Unconscious Outside Belmont CTA Station – Lakeview – DNAinfo.com Chicago The Chicago perps: 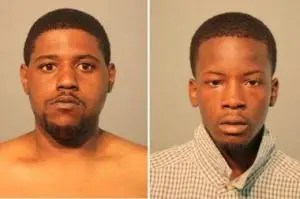 In a suburb of Toronto, seven black men attacked a man at McDonald’s. The paper was not squeamish about identifying the perps by race. Oakville man hurt in McDonald’s assault   Bonus links: Hood Brawl – Fight video     And let’s not forget Milwaukee:  Neighbors plea for end to violence after video of fight surfaces on social media | CBS 58 | Local News

The crazy, limp wristed, brain washed white people actually THINK voting for a black president and kissing black ass will help things. HA HA HA HA.. A bully is NEVER satisfied until you are devoured.. These beatings are so savage, so animal like and ALWAYS about 3 on 1 or more. There are NO rules.. NONE. Kick, stab, punch, shoot, whatever. Any white person against the second amendment SERIOUSLY needs to be put in a psych ward.. Where blacks are in ANY numbers problems ALWAYS follow..

What these people do not understand is that HELL is real and HELL IS ETERNAL. They need to repent and turn to Jesus Christ our Lord and Savior today. Time is running out!!! REPENT and Turn to GOD!!!

Seattle:
When it rains, it pours…

Must be the muslim mentality coming through. This is how they do it, can’t fight their own fights. The whites will only take this for so long and then they will fight back and the blacks will lose. That is why muslims and blacks go hand in hand and why blacks become muslims, in order to join a violent gang. Islam is just a big gang. They can’t stand themselves so they don’t want anyone else to get along. But yet the whites support them with all the benefits they get from the white people, the white people move away and there is no one left to support their sorry arses.. Sad but true.

I blame Obummer for this, he is constantly promoting black violence, and his base, low income, uneducated blacks get a free pass on this stuff. l grew up in Seattle, we are a seaport, and blacks have been here forever with no violence against them. I remember during WWII, when the ships were in port, there were thousands of black soldiers hanging out downtown. There were no racial slurs or violence against them.